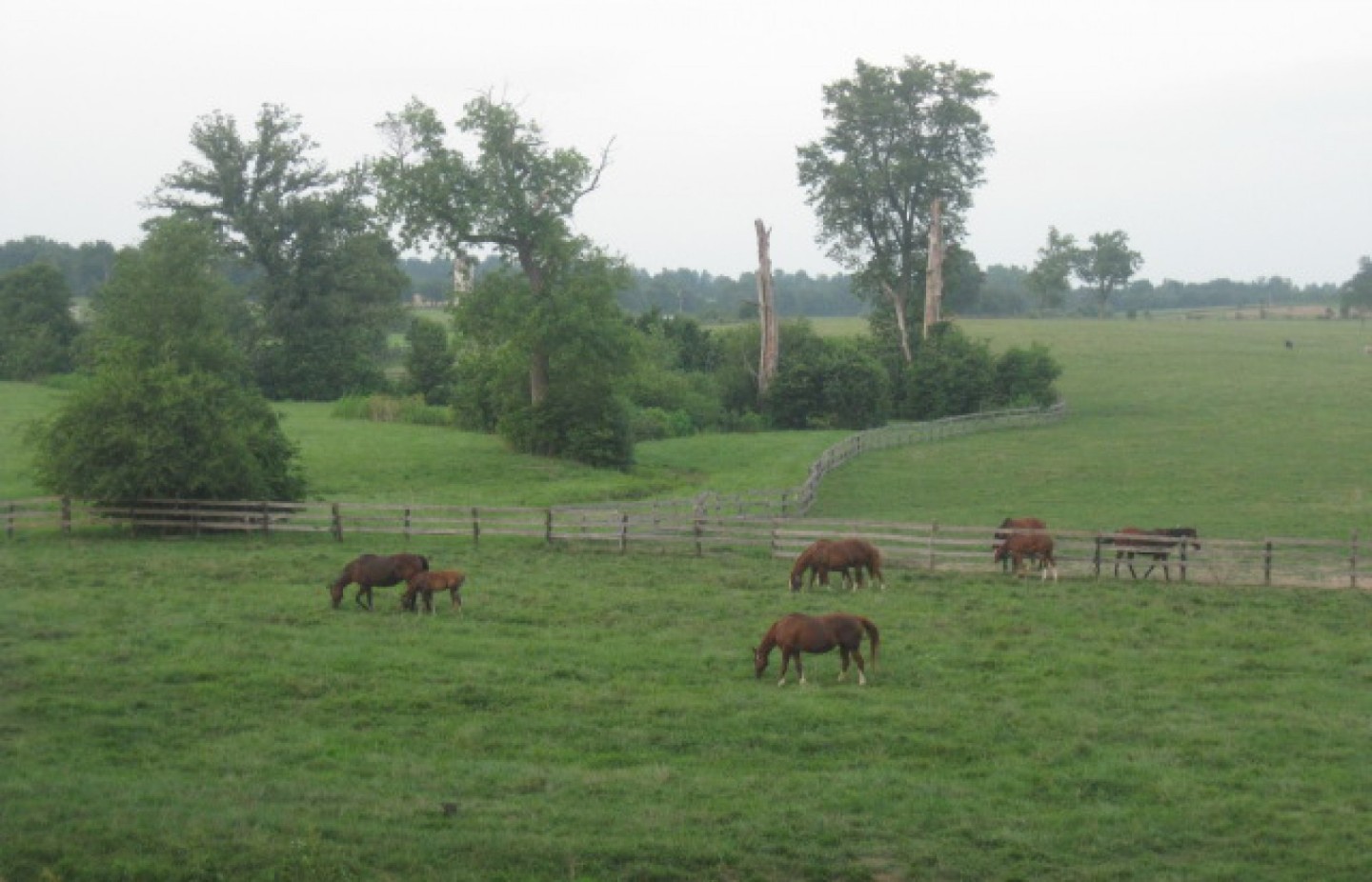 Society’s Chairman is a grandson of the legendary Sadler’s Wells, whose other successful North American grandsons include Medaglia d’Oro and Kitten’s Joy.

Society’s Chairman’s Horse of the Year Caren is out of a daughter of Vilzak, by the Nijinsky II stallion Green Dancer. She is one of over 75 worldwide stakes winners bred Sadler’s Wells over Nijinsky II and 12 of those are winners at the highest level. We also find Nijinsky II in the pedigree of SW Gun Society (2nd dam by Sky Classic). Other sources of Nijinsky II include son Royal Academy, Broken Vow (out of a Nijinsky II mare) and Quality Road (a Gone West grandson out of a Nijinsky II granddaughter).

Storm Cat’s sire Storm Bird is bred along similar lines as Nijinsky II (Northern Dancer over Bull Page) and Society’s Chairman has sired blacktype runners out of mares by the Storm Cat son Stormin’ Fever and the Storm Cat grandson Harlan’s Holiday. The latter is, of course, the sire of the great Into Mischief, putting his daughters in play along with the growing number of his granddaughters. The Sadler’s Wells/Storm Cat cross has yielded over 100 stakes winners (22 Grade/Group 1 winners). Fourteen of those are by Kitten’s Joy, including three each out of mares by Forestry and Giant’s Causeway. This makes dams by the Canadian-based Storm Cat grandsons Old Forester (by Forestry) and Giant Gizmo (Giant’s Causeway) especially interesting for Society’s Chairman.

Society’s Chairman has sired SW Preferred Guest out of a mare by the Forty Niner son Gold Fever. This cross figured to be worthwhile considering Medaglia d’Oro’s tremendous success with mares from the Forty Niner broodmare line. All-time greats Rachel Alexandra (dam by Roar) and Songbird (West Acre) are among his 13 stakes winners and 10 Graded winners out of Forty Niner-line dams. Distorted Humor is the damsire of eight of those, including the Grade 1 winners Elate, Golden Sixty and New Money Honey. Other sources of Distorted Humor include his sons Flower Alley, Sharp Humor, Any Given Saturday, Jimmy Creed and Maclean’s Music. Kitten’s Joy has also sired a Grade 2 winner out of a mare by the Forty Niner son Ide.

Mares form the Danzig broodmare line are squarely in the crosshairs for Society’s Chairman as well. His SW Gun Society is out of a mare by the Danzig son Langfuhr. The Sadler’s Wells/Danzig cross has produced over 500 stakes winners around the planet and around half of those are out of Danehill-line dams. North American/Canadian sources of Danehill include North Light (a Danehill son) and Silent Name (out of a Danehill mare).

The Roberto grandson Kris S. is the second damsire of Code Warrior and, the Kris S. son Action This Day is the damsire of Society’s Chairman’s Stakes-placed Chairman Bob. In North America, El Prado, Medaglia d’Oro and Kitten’s Joy have all sired two or more Graded winners out of Roberto-line mares. The larger Sadler’s Wells/Roberto cross is responsible for over 125 stakes winners.

The Society’s Chairman SW Keep on Truckin is out of a mare by the A. P. Indy grandson Silver Train (by Old Trieste).

Another Society’s Chairman SW, Sparkle’s Girl, is out of a mare by the Buckpasser-line stallion Trust N Luck, a son of Montbrook. Other sources of Buckpasser include Silver Charm, Einstein, A. P. Indy (his second dam) and the stallions bred Mr. Prospector over Buckpasser – Seeking the Gold, Woodman, Mining and Miswaki. Legendary stallion Galileo is among the stakes winners bred on the Sadler’s Wells/Miswaki cross.