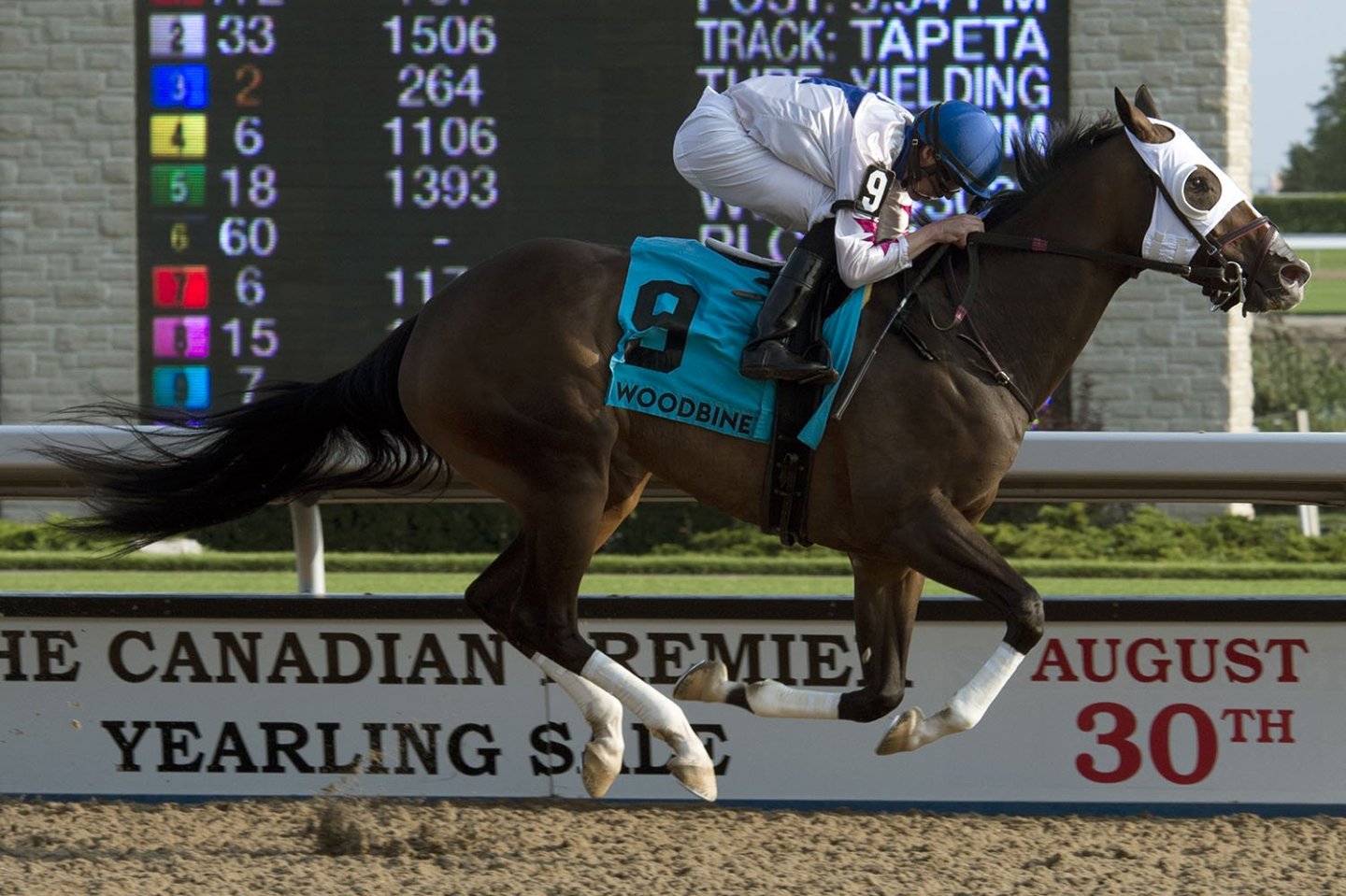 Multiple graded stakes winner Code Warrior led all the way to add the $125,000 Seaway Stakes (G3) to her list of exploits on Sunday at Woodbine Racetrack.

Confidently handled by jockey Jesse Campbell, the daughter of Society’s Chairman shot fired out from post nine to establish the leading role and never looked back in the seven-furlong main track event for older fillies and mares. Code Warrior set panels of :23.30 and :46.33 before drawing off down the stretch to score in a final time of 1:22.35.

Thundering Sky, who trailed the 10-horse field at the half-mile mark, ran on late to collar pace-stalker Malibu Bonnie for the runner-up honors two lengths behind.

Campbell, who was aboard for his first stakes win of the meet, said there was “only one plan: go.”

“That was a bit of a stretch than what she’s been running, but I think with any speed horse, that’s always the key is to establish the position and then get them into a rhythm and get them comfortable. But this horse, she’s a little racehorse, she’s a pro, she kind of does that on her own. That’s what good horses do though, right?”

“This filly has run two turns before and I think she can probably do that,” noted De Paulo. “She’s just a nice horse and hard-trying and looked like Caren all over again.”

Purchased at the Keeneland mixed sale last November, the five-year-old mare has now earned three wins and a second from six stakes starts this year racing for Zilli Racing Stables.

Code Warrior’s lifetime earnings soared over the $400,000 mark. She is now a six-time stakes winner, three at the Graded level in her 21 lifetime starts.