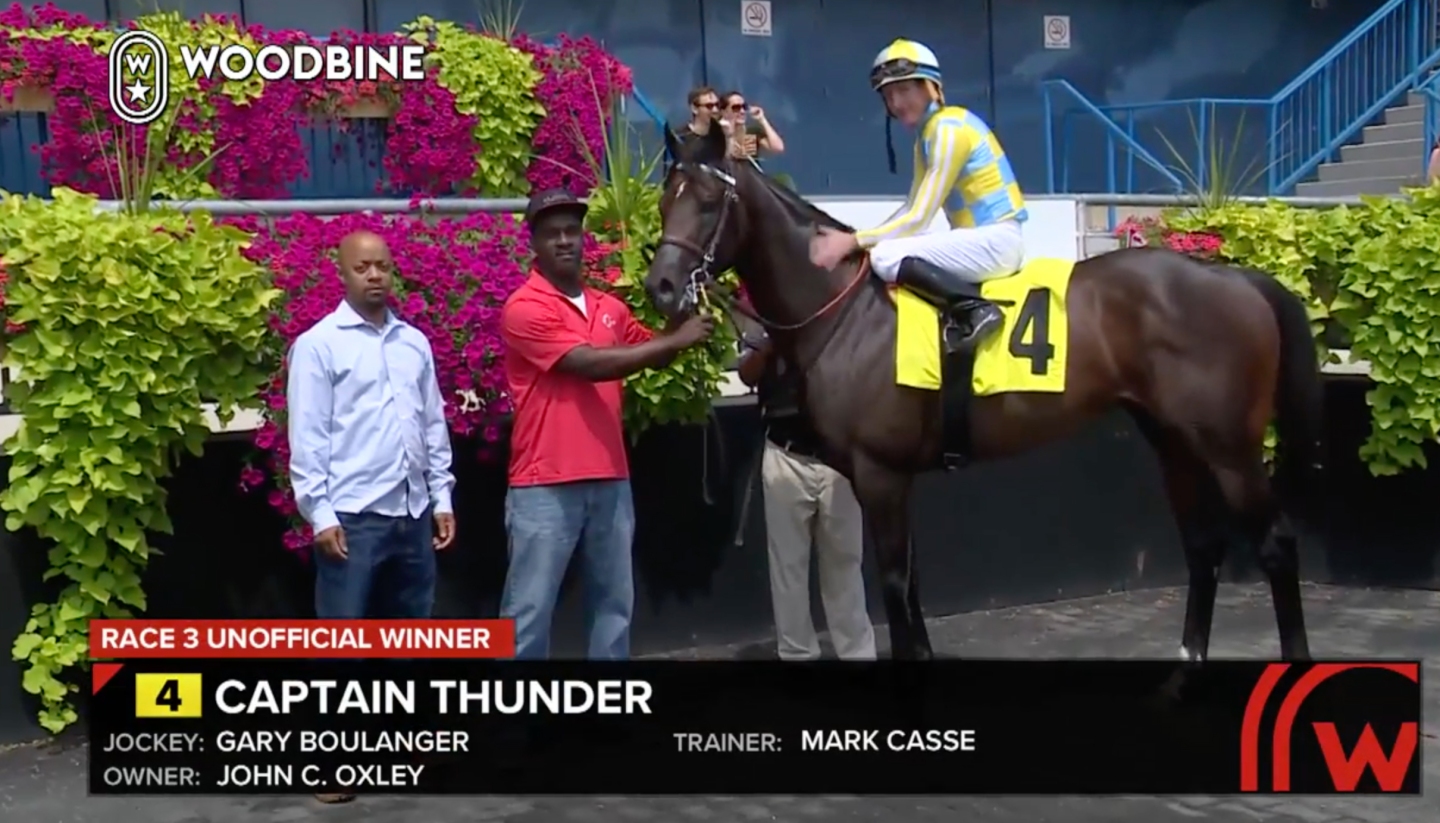 Captain Thunder flashed speed with a five-furlong breeze over Woodbine’s Tapeta surface in 1:00 flat July 14 and was pegged as a 13-4 chance in his August 4 debut for trainer Mark Casse.

Pressing from a close-up second through modest fractions of :23.69 and :47.47, the $100,000 Fasig-Tipton July buy took control at the head of the lane and inched clear into the final furlong before staving off favored Sandy Bay by a length.

A three-year-old son of Pioneerof the Nile, Captain Thunder was consigned by South Point Sales at the 2016 Fasig-Tipton July sale where perennial leading owner John C. Oxley signed the six figure ticket. He is the first foal out of a dam who is responsible for a juvenile Scat Daddy colt in Ireland and a yearling colt by Union Rags. She was bred to Violence this term. Third dam Tout Charmant (Slewvescent) was a MGISW.